Since 2007, I have been working on a photographic series focusing on the theme of the new animism of our urbanity entitled “Archanges urbains″; it is the staging of youth icons in urban settings. These icons are associated width today’s economic, historical and cultural reality.

Panoramas of cities that I photograph correspond to places where the urban environment takes over humans. The solution to resist and hope rests perhaps in the divine. There is no dominant religion, which is why I chose the path of animism symbolized by these girls. They are neither goddesses nor objects of worship, but a vision of hope that we can find within each of us. This vision of hope is thrown into the urban material world that affects us. This is another way to view the city.

The solution to stand up and hope rests in the divine. I have chosen the animism symbolized by young girls, because there is no religion stronger than another one. These frail teenagers are not goddesses or religious objects, but a concept of hope in the deepness of our mind. Will we be strong enough to throw out this hope in the middle of this carnivorous urbanity? It’s a new way to look at the city.

I envision a particular place in each city panorama in which to pose each respective archangel. After, each panorama, I shoot in the studio I recreate the place in which the archangel should be installed into the background using props and lighting to make everything as natural as possible.

The Archangel (Grotte) is the traditional icon that is not urban. The last Archangel (Immolée) with a skinned heart highlights the presence of other hearts. Today, the collection includes 26 Archangels.

Through his travels around the world, Jean-Paul Lefret makes images where the city, in its unrestrained and unleashed dimension always welcomes, “a beating heart and a guardian angel.” These representations, embodying a resistance against the erosion of humanity (from China to Brazil, from New York to Paris…), are alerting as well as soothing. They are seen as icons, but they carry with them material signs of humanity that are fading yet resistant: a heart… They feature a “new animism of our modernity in the heart of urbanity”. From the material to the spiritual, the path goes to infinity.

Philippe Pataud Célérier, author and journalist, reminds us of this quote from the poet when describing Jean-Paul Lefret’s work.

“It echos young frail teenagers falling and breaking in a world that is not their own, but which they take possession of, creeping on tiptoes, looking straight in front of them…

However, they are serene. They are haloed in a holiness that seems unreal in the places where they occur: an airstrip, the highway, a supermarket parking lot, a subway tunnel… These real places can also be unreal as they are often the real non-places in our urban modernity.They stand there, in contact with a world that they have reduced to the scale of a pointer as carried by the airy grace of birds whose traces of polychrome one looks in vain in the fold of drapery. Because they are alive and well. And they are even more prevalent in their stillness which contrasts with this world which just seems to be passing through.

Audacious reversal of perspective — the world passes by, we rest — while only teenagers are capable of being inoculated. But what does this heart mean, so Regimental ventricle, each features and takes the material, the color of the environment in which it melts: Bird feathers, labels of consumer products for the other?

When reincorporating these disembodied spaces with a solitary community of mankind, does this not invite us not to think of new territory like the human body? Does the new animism expelled from nature refuge in our urbanity?

A tender heart to heart in these non-places, ultimately seeks the pulse that beats our imagination to ensure that it does not shrink to grow as these non-places. Will these girls have the power?

It all starts with the research or the discovery of a setting that will allow me to best express the idea of animism. I try as often as possible to find an element in the landscape on which I can put the icon. Then when shooting in the studio, I recreate the shape(s) and form(s) of the setting on which the icon must be set so it fits in as naturally as possible. I use the same technique for the light. 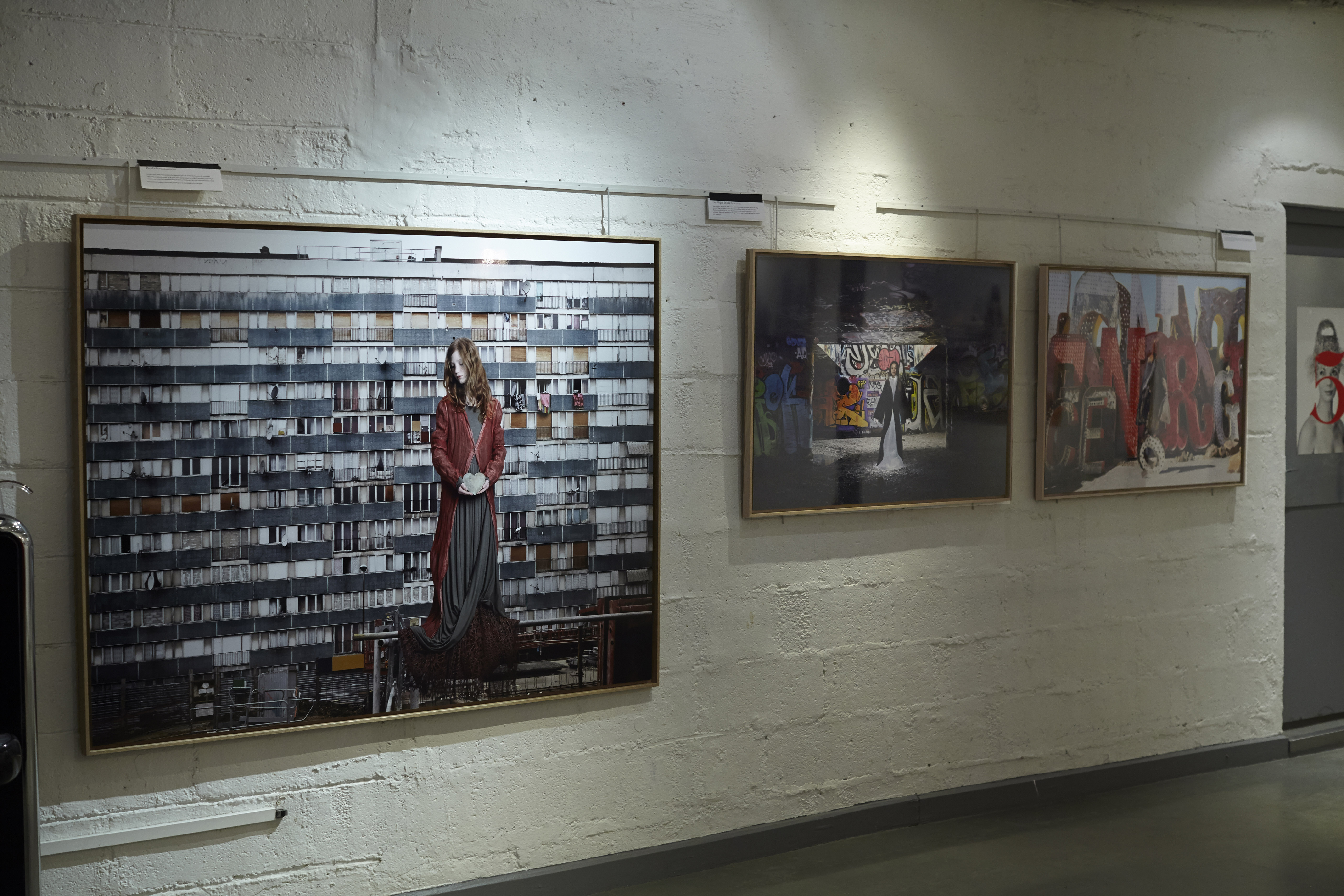 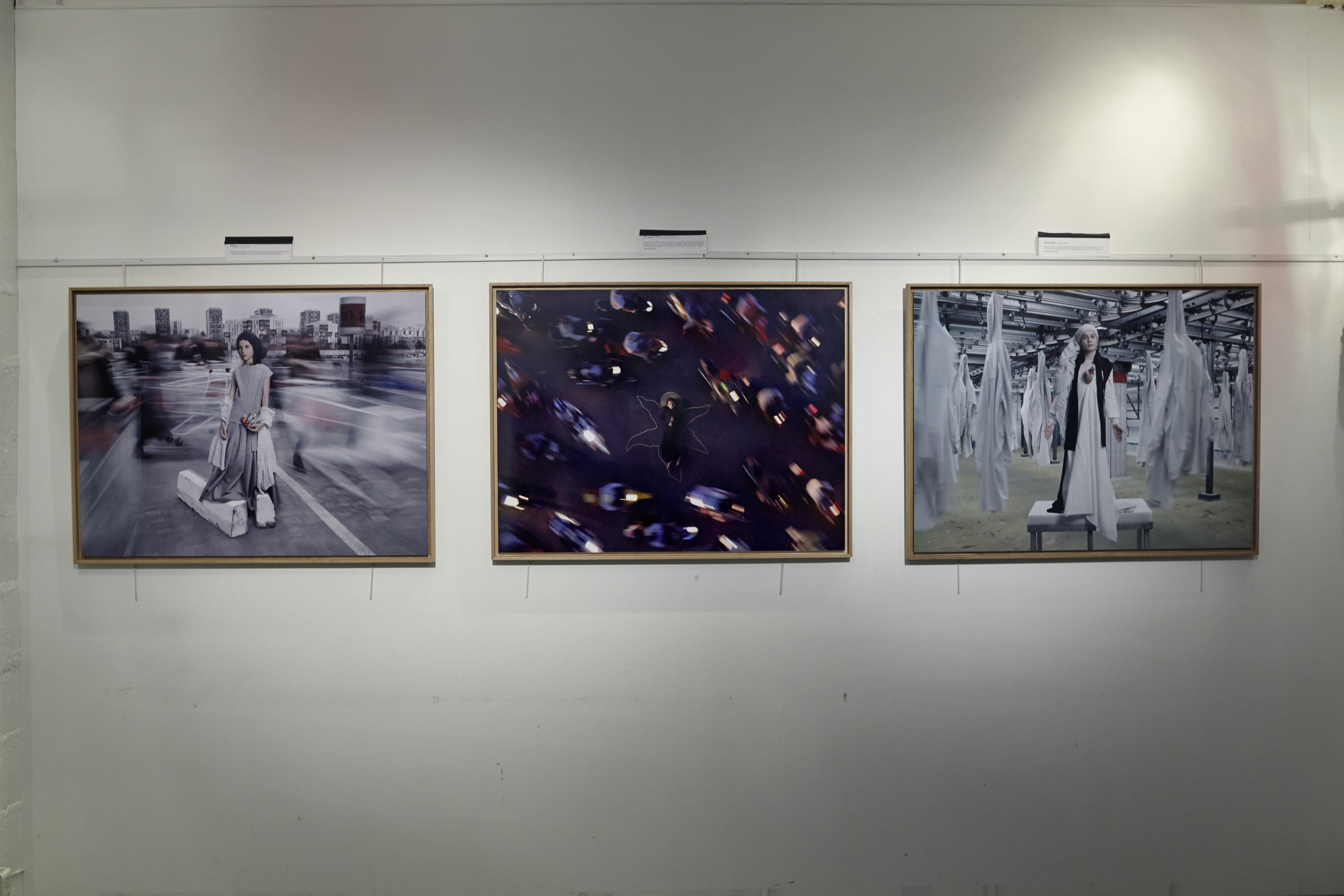 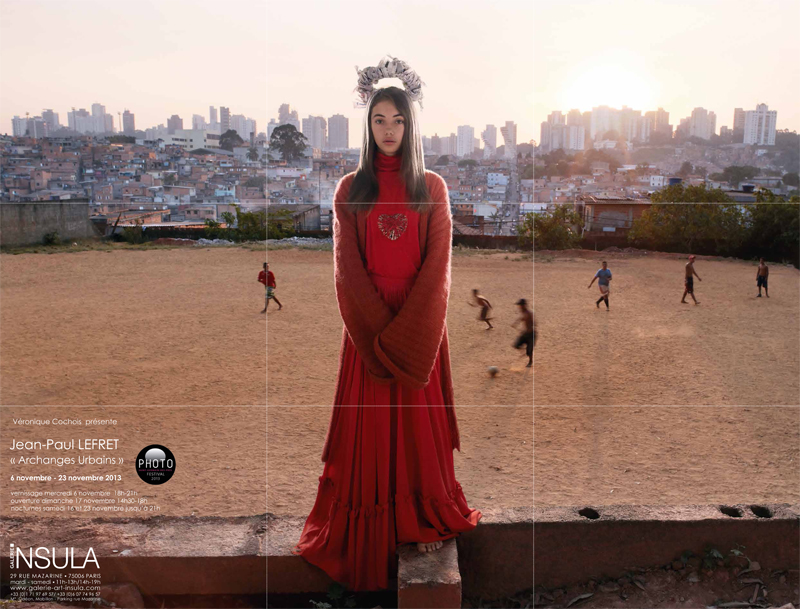 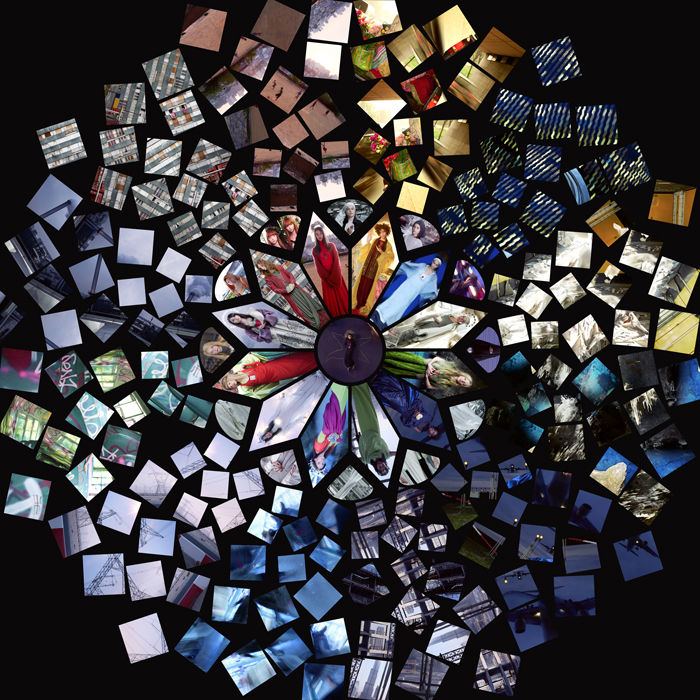 Jean-Paul Lefret and his variations – A Progressive Approach

When going through the images, the first picture to look at should be the reference picture, the icon in the cave, which could be considered an image of a traditional icon. The last picture should be the icon with the revealed heart, which will allow the viewer to reconsider the importance of the heart throughout the photos. The heart is the connecting point of the images.
“I have been working on this project since 2007 and plan to continue it as I discover other settings around the world.”
Jean-Paul’s ongoing work constantly evolves with the changes in our society.