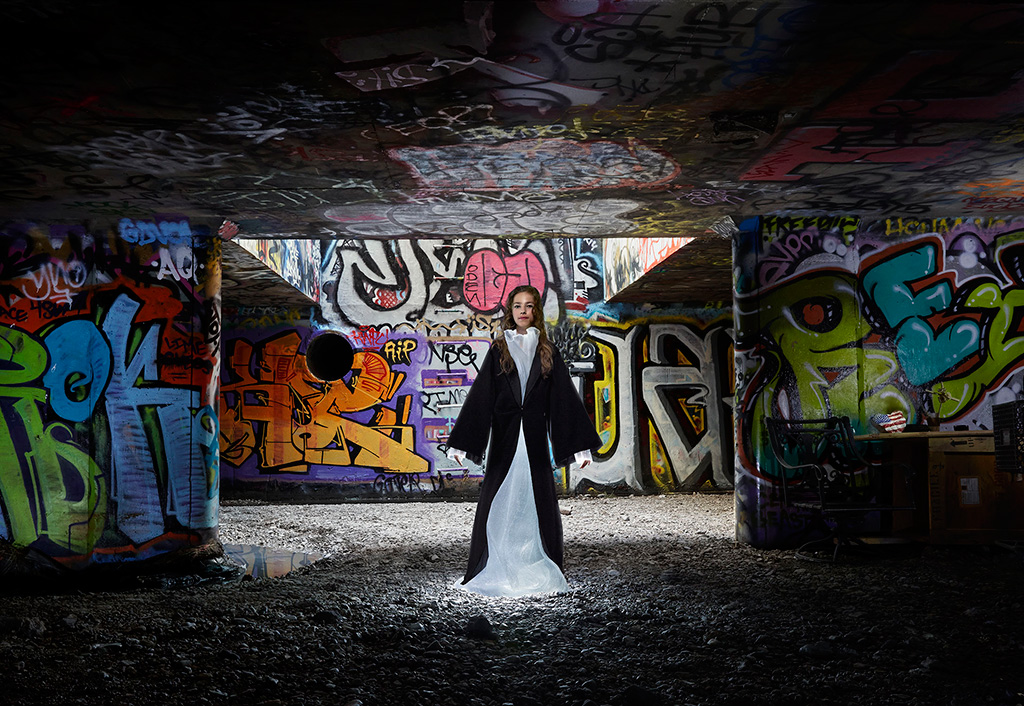 Beneath its luxury 4000-bedroom hotels, Las Vegas conceals its poor in the “flooding tunnels”. In this world of the golden calf, a whole population lives in darkness. Totally rejected by the State and despite everything, these people still believe in the American dream. In the twilight, the archangel bears her starred-and-striped heart as a symbol of hope.